Background: The outcomes of liver transplantation (LT) have improved, but actual 20-year survival data have rarely been presented.
Methods: Longitudinal follow-up data of 20-year LT survivors were retrospectively analyzed. The LT database of our institution was searched to identify patients who underwent primary LT from January 2000 to December 2001. The study cohort of 251 patients was divided into three groups: 207 adults who underwent living donor LT (LDLT), 22 adults who underwent deceased donor LT (DDLT), and 22 pediatric patients who underwent LT.
Results: Hepatitis B virus–associated liver cirrhosis and biliary atresia were the most common indications for adult and pediatric LT, respectively. Seven patients required retransplantation, including six who underwent DDLT and one who underwent LDLT. Twenty-two patients died within 3 months after LT and 69 died at later intervals. The overall survival rates at 1, 3, 5, 10, and 20 years were 86.4%, 79.6%, 77.7%, 72.8%, and 62.6%, respectively, in the adult LDLT group; 86.4%, 72.7%, 72.7%, 72.7%, and 68.2%, respectively, in the adult DDLT group; and 86.4%, 86.4%, 81.8%, 81.8%, and 77.3%, respectively, in the pediatric LT group (P=0.545). Common immunosuppressive regimens at 20 years included tacrolimus monotherapy, tacrolimus–mycophenolate dual therapy, cyclosporine monotherapy, and mycophenolate monotherapy.
Conclusions: The present study is the first report of actual 20-year survival data from a Korean high-volume LT center. The graft and patient survival outcomes reflected the early experiences of LT in our institution, with long-term outcomes being similar regardless of graft type and patient age.

Liver transplantation (LT) prolongs survival and improves quality of life in patients with liver diseases that are not effectively treated by other modalities. Over the past two decades, the long-term outcomes of LT have improved worldwide. The European [1] and American [2] Liver Transplant Registries have reported 10-year survival rates of over 60% each. Less is known, however, about actual 20-year survival data and immunosuppressive regimens in Korea [3-5]. There have been remarkable developments in LT in Korea during the last 20 years, including the introduction of many innovative surgical techniques, especially regarding living donor LT (LDLT), the more frequent performance of deceased donor LT (DDLT), and improvements in immunosuppressive regimens [6-9]. The present study retrospectively analyzed the clinical outcomes and immunosuppressive regimens of LT survivors who have been followed up for 20 years.

The study protocol was approved by the Institutional Review Board of Asan Medical Center (IRB No. 2021-0857), which waived the requirement for informed consent due to the retrospective nature of this study. This study was performed in accordance with the ethical guidelines of the World Medical Association Declaration of Helsinki 2013.

The primary endpoint of this study was actual 20-year posttransplant survival. The secondary endpoint was the immunosuppressive regimen at 20 years after LT. Thus, longitudinal follow-up data were retrospectively analyzed in 20-year LT survivors. The LT database of our institution was searched to identify patients who underwent primary LT from January 2000 to December 2001. Selected patients were divided into three groups based on graft type and recipient age; adult LDLT, adult DDLT, and pediatric LT (with pediatric patients defined as recipients aged less than 18 years). Clinical follow-up information of these patients was cross-sectionally collected during a 1-month period in August 2021. All patients were followed up until August 2021 or patient death. Institutional medical records were reviewed to determine graft and patient survival, and the database of the National Health Insurance Service of Korea was reviewed to confirm patient survival. The immunosuppressive agent dosage and trough level used for analysis were those recorded from alive patients at their most recent outpatient follow-up visit.

The study cohort consisted of 251 patients who underwent primary LT from January 2000 to December 2001. This cohort was divided into three groups, consisting of 207 patients who underwent adult LDLT, 22 who underwent adult DDLT, and 22 who underwent pediatric LT. The most common primary indications for LT were hepatitis B virus (HBV)-associated liver cirrhosis (n=177, 85.5%) and fulminant hepatic failure (n=14. 6.8%) in the adult LDLT group; HBV-associated liver cirrhosis (n=20, 90.9%) in the adult DDLT group; and biliary atresia (n=16, 72.7%) in the pediatric LT group. The profiles of patients belonging to these three groups are summarized in Table 1. Patient age, pretransplant laboratory profiles, and model for end-stage liver disease (MELD) scores were similar in the adult LDLT and DDLT groups.

Only one adult patient underwent split LT, whereas no patients did so in the pediatric LT group. The graft-to-recipient weight ratios in the adult LDLT and DDLT groups were 1.01±0.25 and 1.76±0.34, respectively (P<0.001). Cold and warm ischemic times were significantly longer in the adult DDLT group than in the adult LDLT group (P<0.001 each). 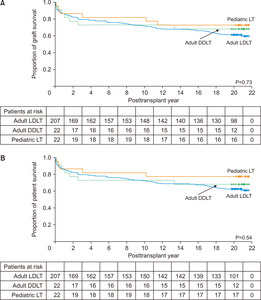 Figure 2. Relationship between the daily dosage of immunosuppressants and their trough concentration in liver transplant recipients who were administered tacrolimus (A) or cyclosporine (B) monotherapy.

Immunosuppressive Regimens at 20 Years after LT

Aside from a brief report regarding initial LT experiences in our institution [4], the present study is the first report of actual 20-year survival data at a Korean high-volume LT center. The graft and patient survival outcomes reflected the early experience of LT in our institution. Our report of the first 1,000 LDLTs performed from December 1994 to June 2005 included 893 adult and 107 pediatric LDLT cases. The most common diagnoses were HBV-associated liver cirrhosis (80%) in adult recipients and biliary atresia in pediatric recipients (63%). Their 5-year patient survival rates were 83.2% in adult recipients and 84.8% in pediatric recipients [10].

The Organ Transplantation Law was enacted in Korea in February 2000, and the Korean Network for Organ Sharing (KONOS) was established at the same time. This law resulted in a dramatic reduction in the number of DDs due to the strictness of the donation process and the lack of publicity [9]. The number of DDs decreased from 162 in 1999 to 52 in 2000, 52 in 2001, and 36 in 2002. Subsequently, the number of donors gradually increased, with 68 in 2003, 86 in 2004, 91 in 2005, 141 in 2006, 148 in 2007, and 256 in 2008. The number of patients on the waiting list for DDLT markedly increased during this time period from 620 in 2000 to 3,000 in 2008, with the majority of DD livers allocated to urgent patients [11]. This extreme donor shortage resulted in a greater acceptance of marginal donor livers and a low likelihood of early retransplantation, thereby reducing the graft survival in adults who underwent DDLT.

To cope with the shortage of DDs, adult LDLT became the main type of LT in our institution in 2000–2001, resulting in a marked increase in the number of adult patients undergoing LDLT. The indications for LT were the same in adult LDLT and DDLT recipients. This is the main background reason why the mean MELD score was quite comparable between the adult LDLT and DDLT groups. The mean MELD score in adult LDLT patients at that time was much higher than that in recent years [12].

Concomitantly with the increased demand for LDLT, various standardized techniques of LDLT were also established for the implantation of right liver grafts [6,13]. Many innovative surgical techniques were developed, including middle hepatic vein reconstruction using vascular conduit interposition (modified right liver graft), duct-to-duct anastomosis, intraoperative interruption of venous collateral veins, and dual-graft implantation [6,10,13]. The development of these techniques, which required trial-and-error processes, might be reflected in the incidence of perioperative mortality in the adult LDLT group. The 3-month patient mortality rate was 4.5% in the present study, and their causes included early allograft dysfunction, bleeding, infection, and vascular and biliary complications. These outcomes appear to have significantly improved in comparison with the initial experience of LDLT in our institution [14]. Twenty years ago, the surgical techniques for adult LDLT had not matured, but those for DDLT were already established. Consequently, the incidence of surgical complications was higher following LDLT than following DDLT, which was reflected in the 1-year patient survival rates in the present study [10].

Compared with the recent results of adult LDLT, the incidence of HCC recurrence-associated patient mortality was noticeably low, likely because the proportion of LDLT patients with HCC was correspondingly low [8]. The proportion of patients with HCC has been gradually increasing over time, and HCC has been one of the main indications for adult LDLT at our institution during the last 10 years. Another noticeable difference is the lower proportion of patients with alcoholic liver disease [15], as alcoholic liver disease was not regarded as an ethically eligible indication for LDLT in 2000–2001.

This study has several limitations. It is a retrospective, single-center study, with small numbers of patients in adult DDLT and pediatric LT groups. This study did not include detailed risk factor analyses for graft and patient survival. Further high-volume multicenter studies are necessary to validate the results of this study.

In conclusion, the present study is the first report of actual 20-year survival data at a Korean high-volume LT center. The graft and patient survival outcomes reflected early experiences with LT at our institution, with long-term outcomes being similar regardless of graft type and patient age. Our results regarding the immunosuppressant dosage and target trough concentration will be used as reference values for personalized adjustment of immunosuppressive agents. High-volume multicenter studies are necessary to assess the long-term outcomes of LT.