We present a case of successful split liver transplantation (LT) using a hyperreduced left lateral segment (LLS) graft in a 106-day-old female infant patient weighing 4 kg. The patient was diagnosed with progressive familial intrahepatic cholestasis. Her general condition and liver function deteriorated progressively and she was finally allocated for a split LT under status 1. The deceased donor was a 20-year-old female weighing 63.7 kg. We performed in situ liver splitting and in situ size reduction sequentially. The weight of the hyperreduced LLS graft was 225 g, with a graft-recipient weight ratio of 5.5%. We performed recipient hepatectomy and graft implantation according to the standard procedures for pediatric living-donor LT. Since the graft was too large for primary abdomen closure, the abdominal wall was closed in three stages to make a prosthetic silo, temporary closure with a xenograft sheet, and final primary repair over 2 weeks. The patient has been doing well for more than 6 years after transplantation. In conclusion, split LT using a hyperreduced LLS graft can be a useful option for treating small infants. However, large-for-size graft-related problems, particularly in terms of graft thickness, still remain to be solved.

For small infant patients, matching the graft size to the recipient’s abdomen is the most important issue to determine the fate of liver transplantation (LT). Large-for-size graft implantation does not permit primary closure of the abdomen and is associated with various vascular complications, thus being associated with inferior outcomes [1,2].

To prevent large-for-size graft-related complications in small infant patients, the size of a left lateral segment (LLS) graft can be reduced to be a monosegment or hyperreduced LLS graft [1-4]. Procurement of a segment II or III monosegment graft is technically demanding but feasible in living-donor LT as it requires thorough preoperative evaluation of the intrahepatic vascular anatomy [5-8]. In deceased-donor LT, the size of a split LLS graft can be reduced by nonanatomical resection of the peripheral liver parenchyma. We herein present the surgical technique and clinical outcome of a split LT using a hyperreduced LLS graft in a 106-day-old infant patient weighing 4 kg.

A 2-month-old female infant was referred to our institution due to progressive deterioration of liver function. She was born in a full-term spontaneous delivery with a birth body weight of 2.6 kg. Soon after birth, jaundice developed followed by the progression of hepatomegaly and splenomegaly (Fig. 1A). The patient was diagnosed with congenital liver cirrhosis under the clinical impression of progressive familial intrahepatic cholestasis (PFIC) (Fig. 1B). She had hepatopulmonary syndrome stage I. We did not perform a PFIC 1 gene study. PFIC type 2 was not excluded by a liver biopsy, as there was very weak canalicular staining. Her general condition and liver function deteriorated progressively, so LT was planned. Father and other family members were evaluated for partial liver donation, but all were excluded due to size mismatching of the graft liver. She was enrolled on the waiting list of the Korean Network for Organ Sharing (KONOS) with status 1. During the waiting period, she underwent three sessions of plasmapheresis for liver support, but it was not effective in improving liver function. She was resuscitated for respiratory failure and received ventilator support due to pulmonary hemorrhage. After nine days of waiting, she was allocated a split LT at the age of 106 days, with a height of 52.5 cm, and a body weight of 4.1 kg.

The deceased donor was a 20-year-old female of 158 cm in height and 63.7 kg in weight, cared for at another hospital. After laparotomy, we evaluated the size of the LLS graft by manual palpation, in which its volume appeared to be approximately 400 mL. Considering the exceptionally small body size of the recipient infant, we decided to make the LLS graft as small as possible, thus making a hyperreduced LLS graft. We marked the surface along the falciform ligament to split the usual LLS graft and made additional markings at the lateral part of segment II and ventral part of segment III (Fig. 2A). The liver was split into an extended right liver (right trisegment) graft and an LLS graft. Thereafter, we transected the ventral part of segment III and the lateral part of segment II (Fig. 2B and C). Since the adult and pediatric recipients of these split liver grafts were admitted at our institution, the whole liver was harvested only after splitting and size reduction (Fig. 2D).

At the back table in the operating room, we divided the split liver grafts after transection of the left hepatic vein, portal vein, hepatic artery, and bile duct. The weight of the hyperreduced LLS graft was 225 g, giving a graft-recipient weight ratio (GRWR) of 5.5%. The extended right liver graft weighed 1096 g, which was implanted into a 30-year-old female patient weighing 40 kg. The orifice of the left hepatic vein of the hyperreduced LLS graft appeared similar to a figure of 8, so we performed unification venoplasty after septotomy and excision of the intervening hepatic parenchyma (Fig. 3A).

Figure 3. Graft preparation and vascular reconstruction. (A) The graft hepatic vein branches were unified through unification venoplasty after septotomy and excision of the intervening hepatic parenchyma. (B) The size of the graft portal vein was measured. (C) The hepatic vein orifice of the graft was anastomosed to the unified hepatic vein openings at the inferior vena cava. (D) Portal vein reconstruction was carried out using a branch patch of the recipient’s portal vein and one left hepatic artery was reconstructed under surgical microscopy.

Although the recipient’s native liver weighed 220 g, the implanted hyperreduced LLS graft was too thick to be accommodated within the abdominal cavity. Primary abdominal closure was not possible as the liver graft protruded through the abdominal incision. We attached a silo using a transparent prosthetic sheet to cover the liver graft (Fig. 4). A computed tomography scan taken four days post-transplantation showed uneventful vascular reconstruction (Fig. 5). Six days later, we removed the silo and performed the abdominal wall closure using a Permacol patch (porcine dermal collagen implant; Medtronic, Fridley, MN, USA). At this time, the liver graft appeared to be congested but a liver wedge biopsy showed mild cholestasis and mild fatty change, with no evidence of acute rejection. At 13 days post-transplantation, we removed the Permacol patch and successfully closed the abdominal wall (Fig. 6). At this time, the liver graft appeared normal, and a wedge biopsy showed regenerating hepatocytes with mild cholestasis. Thereafter, the patient recovered progressively and was discharged at 68 days post-transplantation. 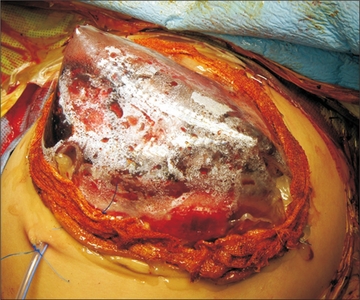 Figure 5. Computed tomography scan taken four days after transplantation. There was an abdominal wall defect (A, B) but the configurations of the hepatic vein (C) and portal vein (D) reconstruction were both smoothly streamlined.

Figure 6. Computed tomography scan taken 14 days after transplantation. The abdominal wall was closed completely (A, B) and the graft hepatic vein (C) and portal vein (D) reconstructions were uneventful.

The patient has been doing well for more than 6 years after the transplantation, with a height of 111 cm and a body weight of 19 kg at the age of 6 years.

Increasing experiences with LT for small infant patients have been accumulating worldwide, but it is still regarded as challenging due to the large-for-size graft-related problems, which are major huddles for successful LT. The main problems of large-for-size grafts include the risk of abdominal compartment syndrome caused by the small size of the recipient abdominal cavity, size discrepancies in vessel size, and insufficient portal circulation and tissue oxygenation [1,9-12]. To solve these critical problems, it is necessary to reduce the size of LLS grafts by making monosegment or hyperreduced LLS grafts. The concept of monosegment LT was first described in 1992 [13] and innovative surgical techniques have since been developed, especially in the field of living-donor LT.

The target size for graft size reduction is to make the estimated GRWR less than 4%. In other words, if the graft size appears to be more than 4% GRWR, size reduction is reasonably indicated [9]. Theoretically, a monosegment graft would be ideal for making a very small liver graft. Making a monosegment graft with segment II or III requires identification and preservation of the Glisson’s capsule, leading to hazardous dissection at the base of the umbilical fissure [4]. To carry out these demanding procedures, thorough preoperative evaluation of the donor liver anatomy is essential. Thus, the concept of monosegment is valid in living-donor LT, but not in split deceased-donor LT. reduction of an LLS graft to make a hyperreduced LLS graft is technically easier than monosegmentectomy, as such size reduction is carried out on a non-anatomical basis.

Aside from GRWR, the size of the abdominal cavity and shape of a liver graft are important to securely accommodate an LLS graft [1]. In infant patients with massive ascites or notably large hepatomegaly, there is a large space in the abdominal cavity. However, most small infant patients requiring LT have fulminant hepatic failure or metabolic diseases, in which case there is often absence of massive ascites or definite hepatomegaly. In this case, the graft shape was evaluated using the ratio of the graft thickness to the anteroposterior diameter in the recipient’s abdominal cavity [14]. If this ratio of thickness exceeds 1.0, primary abdominal wall closure can induce abdominal compartment syndrome, thus temporary closure with a prosthetic mesh should be considered.

In the present patient, the weights of the recipient’s native liver and the hyperreduced LLS graft were almost identical, but the latter was much thicker than the former. Therefore, the abdominal wall was closed in three stages to make a prosthetic silo, to perform temporary closure with a xenograft sheet, and then the final primary repair was carried out. These procedures took almost two weeks after the transplantation.

Implantation of a large-for-size graft can induce various vascular complications. The anastomosis site of the graft hepatic vein would be compressed by the tight abdominal wall, which can lead to hepatic vein outflow obstruction. To prevent such a detrimental effect of extrinsic compression to the graft hepatic vein, we intentionally removed the intervening portion of the hepatic parenchyma between the hepatic vein branches of segment II and III, in order to make a common channel to facilitate outflow blood drainage [15]. Since portal blood flow is small in a small infant patient, there is a potential risk of portal hypoperfusion of the graft. Any anastomotic stenosis can interfere with the portal blood supply to the graft. We therefore used a branch patch of the recipient portal vein to prevent anastomotic stenosis. During the first month after transplantation, we frequently checked the graft blood flow using Doppler ultrasonography until there was safe accommodation of the graft liver.

In conclusion, split deceased-donor LT using a hyperreduced LLS graft can be a useful option for treating small infants. However, large-for-size graft-related problems, particularly in terms of graft thickness, still remain to be solved.